Natural Vine: a story of passion and tradition 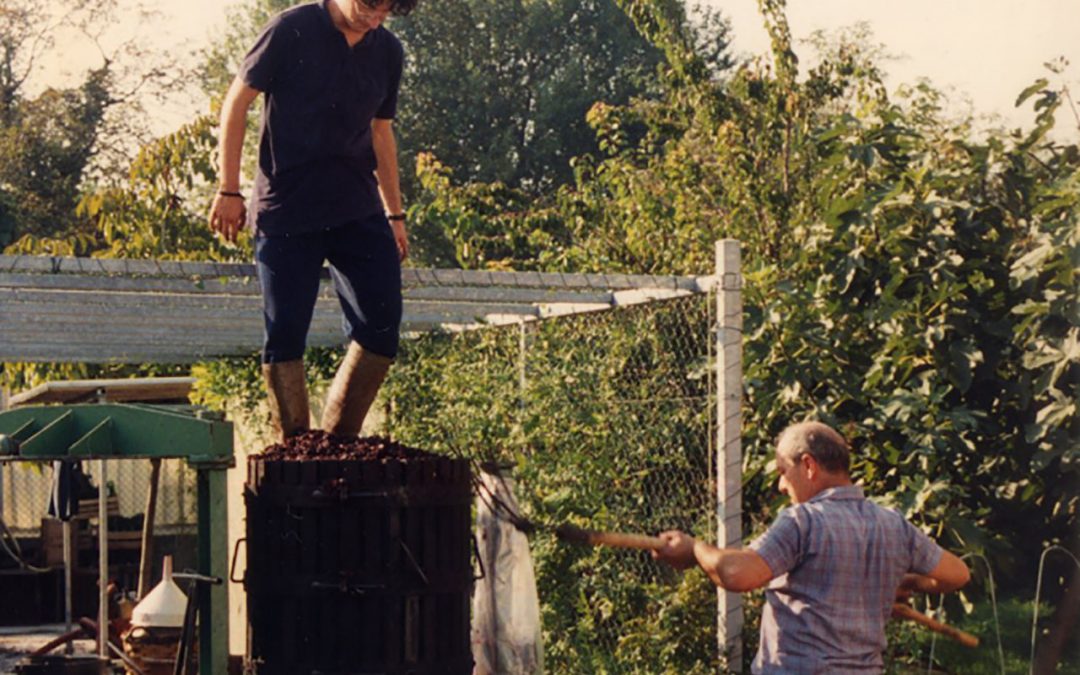 In this very moment, in front of your eyes you have a little website selling a few varieties of wine. You were probably searching for a special product and here you are, you found us among other similar websites on the big, big web. What you don’t know is that Natural Vine has a very special story which dates back, in its origin, to some decades ago. Its roots are not in the young digital world we are living in, nor in some of the latest trends in the food and wine field: Ettore Brambilla, entrepreneur and descendant from a family of Italian winemakers, has the love for good wine in his veins.

Now, let’s get our story started.

Dear reader, as first thing close your eyes and imagine to be in Italy: the weather is nice, the smell of nature is in the air; not so far away, in a farm, someone is working in the vineyard. Naturally. Technology isn’t the big thing in the winemaking industry we are used to, everything is like it used to be for hundreds and hundreds of years. Nice, isn’t it?

This isn’t just nice, it is also possible: not in the big industry, the one that sells cheap, soulless wines on the supermarket shelves; no, we are talking about the many small producers that follow this way in their little farms in the country. Here, families are passing secrets from generation to generation and fighting a silent war against the mainstream market using high standards and respect for nature as their only weapons.

Ettore grew in one of these little, traditional farms where wine is made still as a product of nature and not as some industrial juice. He grew tasting wine as it should be, with all the vibrant variants given by that very soil, vine, weather. He seen the wine produced by his grandfather as his father did, and so on: an ancient tradition, a piece of unique cultural heritage contained in a glass.

The passion for wine followed him for all his youth and later: after studies at the ONAV (Organizzazione Nazionale Assaggiatori Vino) in Italy, he moved to the UK for love. Here, the passion for wine continued and he attended a course at the WSET School in London; however, he found the English wine market to be mostly limited to industrial products, so he decided to personally present to the UK a selection of the best wines traditionally made.

After two years  of research, that Ettore passed mostly traveling to Italy and getting to personally meet the producers, he decided the time had come to start his own project: it is called Natural Vine, and you have it in front of your eyes.

A question of trust

The idea at the base of Natural Vine is easy: the process of purchasing real natural vine is basically tied to the trust you, wine lover, have to put in the producer. Since, how we explained in our previous article about the natural wine definition,  certifications sometimes permit the use of some additives and manipulations, and some of these can be hidden from the label, it is important to trust the producer: he is the only one that knows the production process and can say if it was natural or not. But how can you trust someone you don’t know?

Here is where Natural Vine comes in the story: Ettore personally visit all the vineyards before choosing the wines to sell, to make sure they follow the natural way of production.

Using his long experience in the wine world and his passion, he guarantees for the wines you find on the Natural Vine e-commerce: when you buy a bottle on this website, you are buying the result of a two years long research and of decades of traditional production by Ettore’s family. And, of course, the love for the environment: because, as you can read in our motto, if you respect Nature, she will surprise you.