Chianti: discover more about a famous Italian wine and area 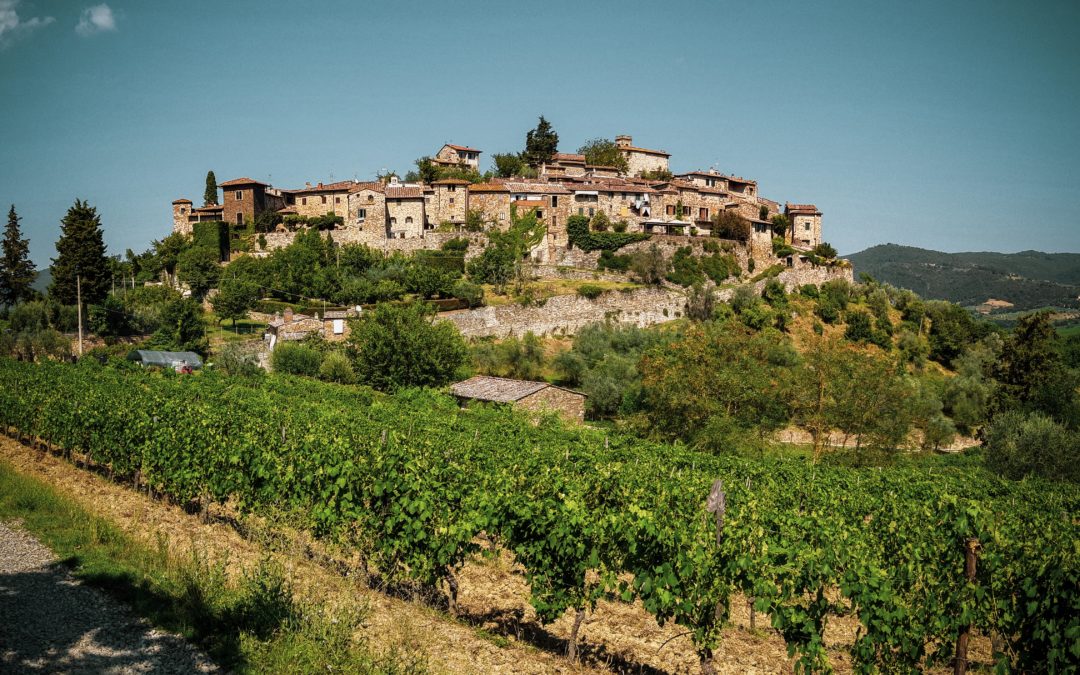 Without doubts, Italy has one of the most lively wine productions in the world: each region boasts its vine varieties, often autochthonous and with unique organoleptic characteristics, and consequently many typical and original wines. As we have seen, this is also what happens regarding the production of wines from central Italy, where we have excellent examples of a few bottles that are famous throughout the world. Among these is the famous Chianti, Italian wine of which we speak today.

First, we need to clarify the terminology: the term Chianti refers to an area of ​​Tuscany – which is instead an Italian region recognized as a territorial entity – and also to the type of wines that are produced in this area.

The area known as “Chianti” extends between the cities of Florence, Siena and Arezzo, including 14 municipalities: in the province of Florence it interests the complete territories of Greve in Chianti, Radda in Chianti, Gaiole in Chianti and Castellina in Chianti and part of Tavernelle Val di Pesa, Barberino Val d’Elsa and San Casciano in Val di Pesa; in the province of Siena, part of the territory of Poggibonsi and Castelnuovo Berardenga. However, in the long history of wine production in this area, its borders have often changed and the denomination of Chianti has seen several extensions.

This area is often referred to locally as the “Chianti hills” or “Chianti mountains” due to the physical characteristics of the territory, mostly made of hills and mountains, on which vineyards grow luxuriantly, together with olive trees, cereals and potatoes.

Chianti Classico is a DOCG wine produced in the Chianti hills, protected since 1924 by the Chianti Classico Wine Consortium; wine can take this name if it respects a few very specific rules. In particular, it must be produced with a blend of grapes composed of 80% Sangiovese and 20% of other local or international grapes, provided they are approved by the consortium. Chianti Classico must have at least 12% ABV and be aged for 7 months in oak. Among other features, this wine must have a light ruby ​​colour, a good level of tannin and dry and sapid flavour.

Chianti Classico Riserva is a particularly fine wine because it is produced with the best Sangiovese grapes. To receive this title, Chianti wine must age at least 24 months and have a minimum of 12.5% ​​ABV. Compared to the normal Chianti Classico, the Reserva one is distinguished by an intense and deep ruby ​​colour.

In 2014, Chianti producers felt the need to create an even more valuable wine: the Chianti Classico Gran Selezione, which is produced using only the grapes from the producer’s own vineyards, grown with very strict rules to ensure the highest quality.

Despite being bottled today in bottles similar to those of other wines, in the common imagination Chianti is still tied to its traditional bottle: a fiasco with the lower half covered by a straw basket. This was the form in which the basic Chianti was commonly sold in the past.

Obviously, our Italian wines collection could not lack a selection of Chianti produced accordingly to nature: now that you know all about this wine, why not taste one of our delicious organic Chianti Colli Senesi or an organic Chianti Riserva?