The history of Bordeaux wines 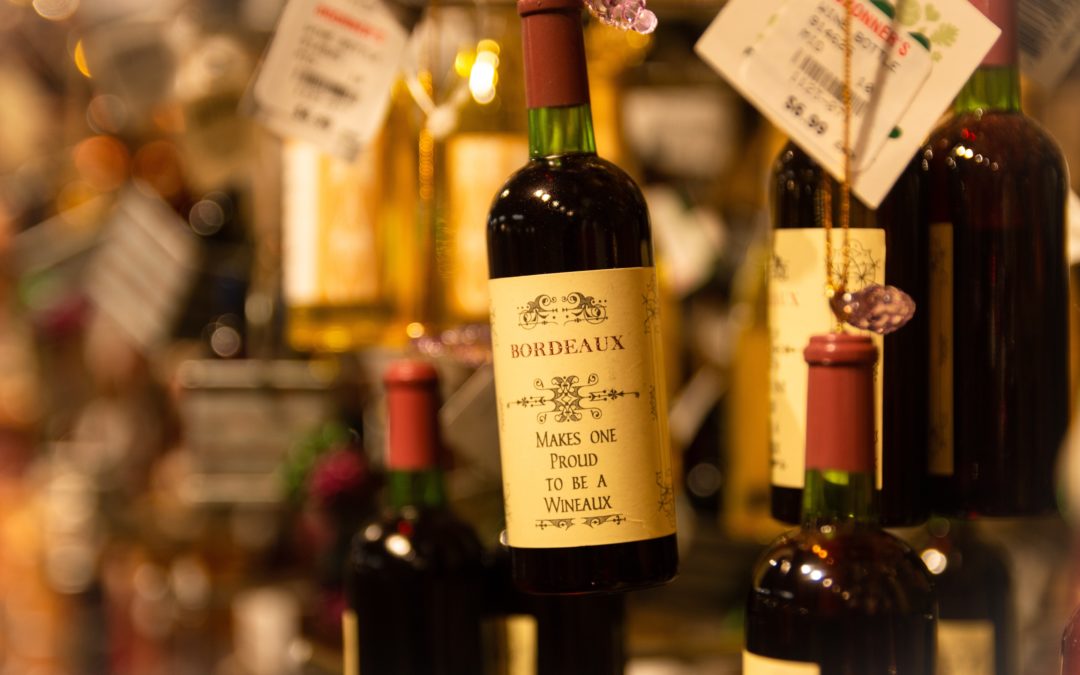 If we say Bordeaux what comes to your mind? Without a doubt the full aroma and ruby ​​red colour of the Bordeaux red wines produced in the namesake French region, among the most important in the world when it comes to wine tradition and production. However, perhaps not everyone knows that this leading position in the wine world has its roots in ancient times when the wines produced here were already widely known and appreciated. Today we talk about the history of Bordeaux wines.

Notes on the Bordeaux region

First, let’s start with some geographical and geological information and more. The Bordeaux region is located in Nouvelle-Aquitaine, in south-western France, and takes its name from the city of Bordeaux. Here, thanks to the mild climate, the privileged position and the limestone geological foundation, the vines grow luxuriant and aromatic; in particular, the grape varieties that find the ideal environment here are mainly three: Cabernet Sauvignon, Cabernet Franc and Merlot. These three types of grape are those from which the famous Bordeaux red wines are obtained. Lesser known, but equally valuable, are the white wines that come from the area, obtained from the grape varieties Sémillon, Sauvignon Blanc, Muscadelle and the Ugni Blanc of Italian origin.

The history of Bordeaux wines

Now that we have made a brief preamble on geography, geology and types of vines in the area, we can go into the long and complex history of Bordeaux.

What today is known as one of the most famous wine-producing areas in the world, doesn’t have its roots in recent times; actually, far from it: the wine tradition in this French region dates back no less than the Roman Period. It was the Romans who introduced wine and its production in this area around 60 BC. The vine exported here found an environment so fertile for its growth that the production of wine from this moment on was constant and never saw a stop, contributing to bringing the city of Bordeaux among the most opulent of the then Gallia. By the middle of the first century, Bordeaux wines were already beginning to be well-known all around Europe for their qualities.

Later, Bordeaux and its region resisted the barbarian invasions, even with huge losses. Despite all this, wine production continued to flourish.

It was in the XII century that the area and its wines returned in vogue, during the so-called English Period, thanks to the marriage between Henry Plantagenet and Eleanor of Aquitaine; this union made the region part of the Angevin Empire with consequent diffusion of these French local wines all over England. This fame of Bordeaux wines in the English land continued until the Hundred Years’ War between France and England in 1337, which ended with the reacquisition of the region, as well as the control of the production of local wines, by France. France then gave a privileged position to the Scots with regard to the trade of the wine of the area, and this is how this much-loved product continued to arrive in the Anglo-Saxon islands for centuries.

Although the area was the same, the percentages of vine varieties cultivated here were not always those we know today: up until the 19th century, in fact, in the Bordeaux region, the main vine was the Malbec, while today it is the Cabernet Sauvignon.

The fame of Bordeaux wines continued its growth during the centuries, however, it was only in 1855 that the châteaux of Bordeaux were classified and they are used still today.

Fancy a bottle of Bordeaux?

After reading the long and interesting history of Bordeaux wines, we got a little thirsty. What about you? 😉
Luckily we have the perfect bottle for you. We recommend a great natural Bordeaux from biodynamic agriculture: try it to savour all the genuine taste of the local grapes, you won’t regret it!